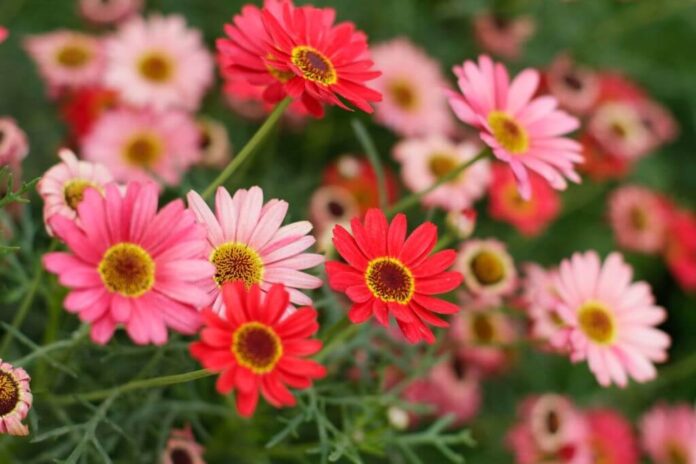 The Arctotis or African daisy is a herbaceous plant that is easy to grow both at home and in pots, appreciated for the production of showy decorative flowers that bloom in profusion from spring until the end of autumn.

L ‘ Arctotis x hybrida, known as African Daisy, is a herbaceous perennial plant of the family of Asteraceae native to southern Africa. It is widespread spontaneously in rocky and sandy soils.

The plant has a taproot-fasciculate root system that keeps it firm even in the most inaccessible soils. The African daisy generates thick shrubs with ground cover, 40 cm high and 60-70 cm wide in full vegetative development. 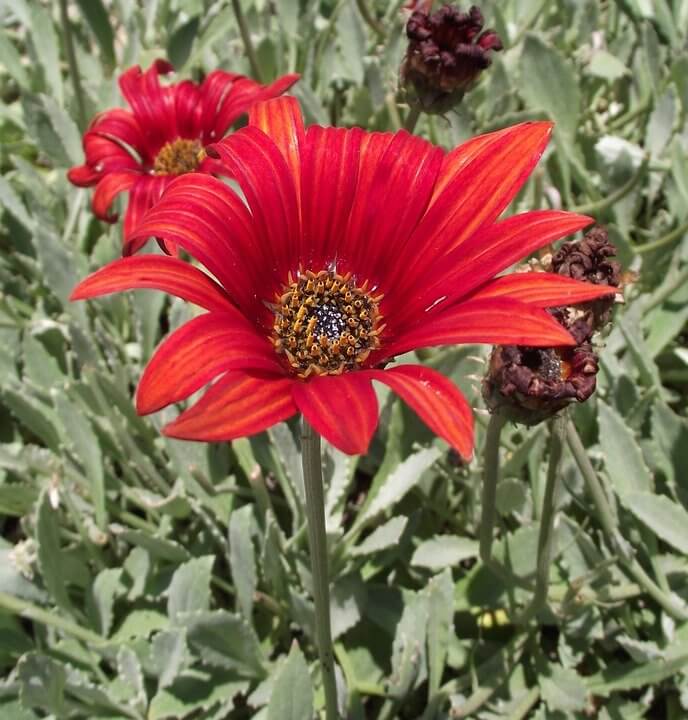 Like those of the Dimorfoteca, the Gerbera and the common daisy, the flowers have a corolla formed by long yellow, orange, red, purple, sometimes variegated jagged petals that surround a showy central button created by numerous stamens often of contrasting colour. The flowers, such as gazanias, tulips, etc., close at sunset and do not open if the sky is cloudy or rains. 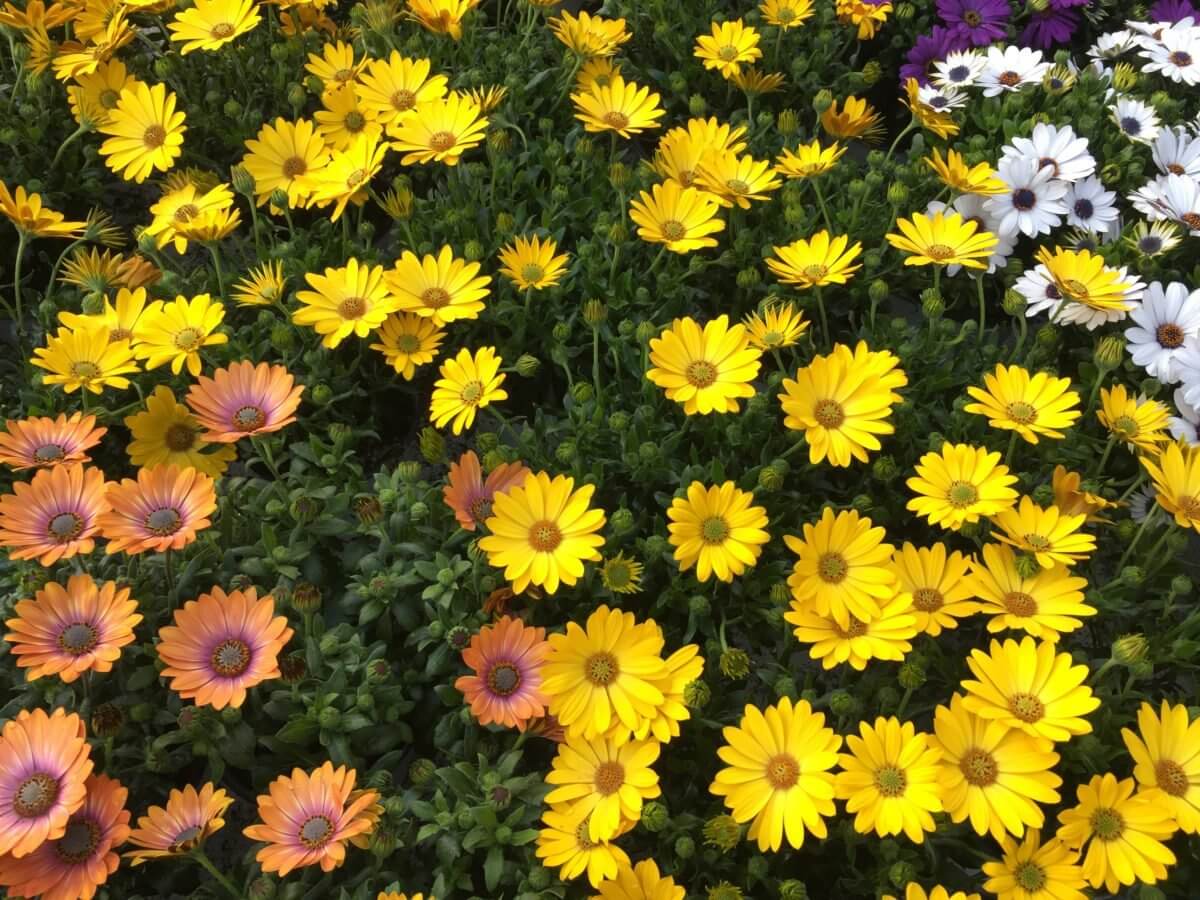 The fruits are tiny dark and oblong seeds with good germination capacity and collected when fully ripe and ideally stored in a dry place; they can be used for reproduction in the following spring. 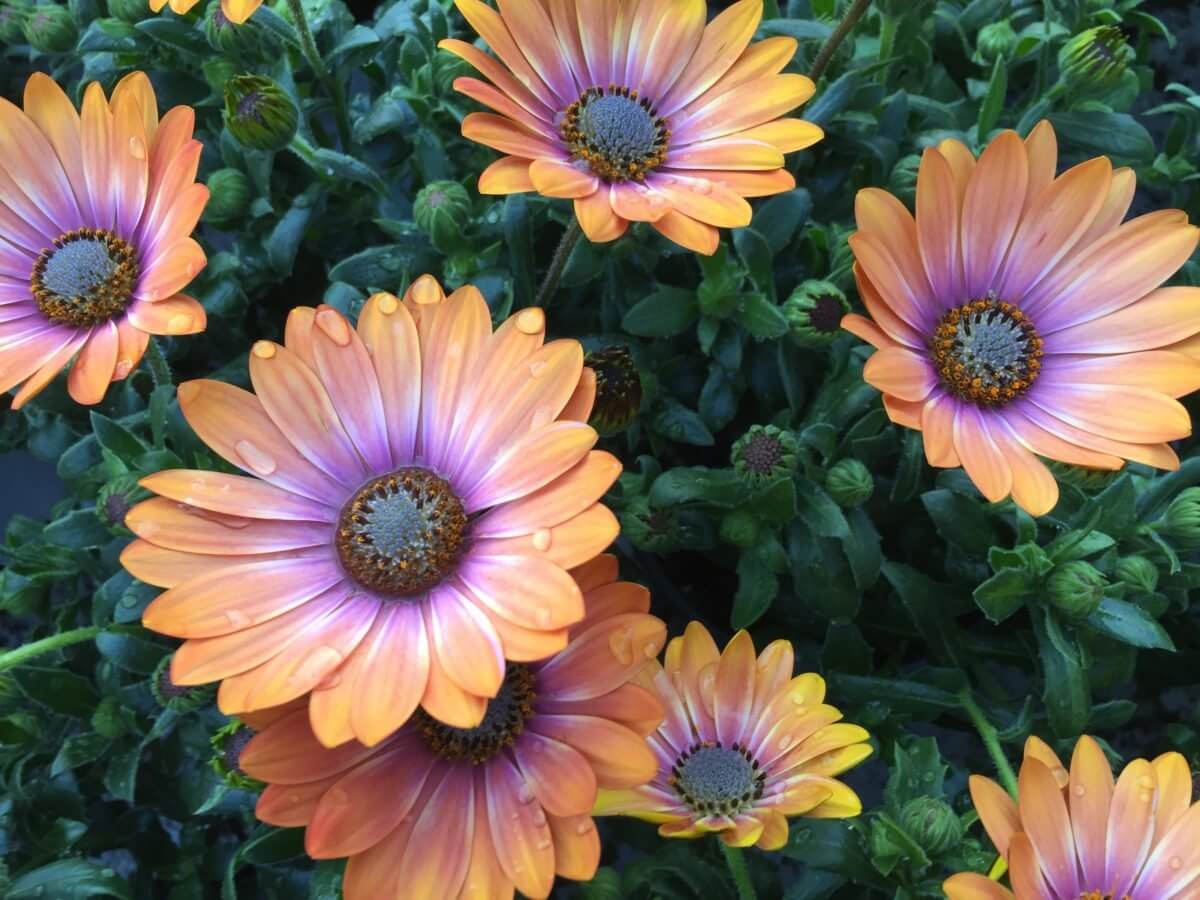 Arctotis blooms continuously from early spring to late autumn. In regions with a mild winter climate, flowering continues until the first cold.

Cultivation of the African daisy – Arctotis

It is a plant coming from warm areas. To develop at its best requires exposure to full sun for many hours a day, whether grown in pots or directly planted.

In shady or partially shaded places, Arctotis produces a lot of foliage to the detriment of the flowers. It is resistant to high summer temperatures; it does not fear the cold but is sensitive to frost and snow; therefore, in the northern regions, it should preferably be cultivated in pots to shelter it during the winter months.

Arctotis X hybrid prefers sandy or gravelly soil that is not excessively rich in nutrients and, above all, very well-drained. The optimal cultivation substrate is a mixture consisting of peat, sand and very little organic substance.

The African daisy bears well even very prolonged drought periods but finds it challenging to produce flowers in abundance; therefore, it should be watered regularly when the soil is arid to stimulate the flowering and the emission of new jets avoiding wetting the foliage and paying attention to water stagnations. In autumn, watering must be reduced to a minimum and wholly suspended during the winter period. 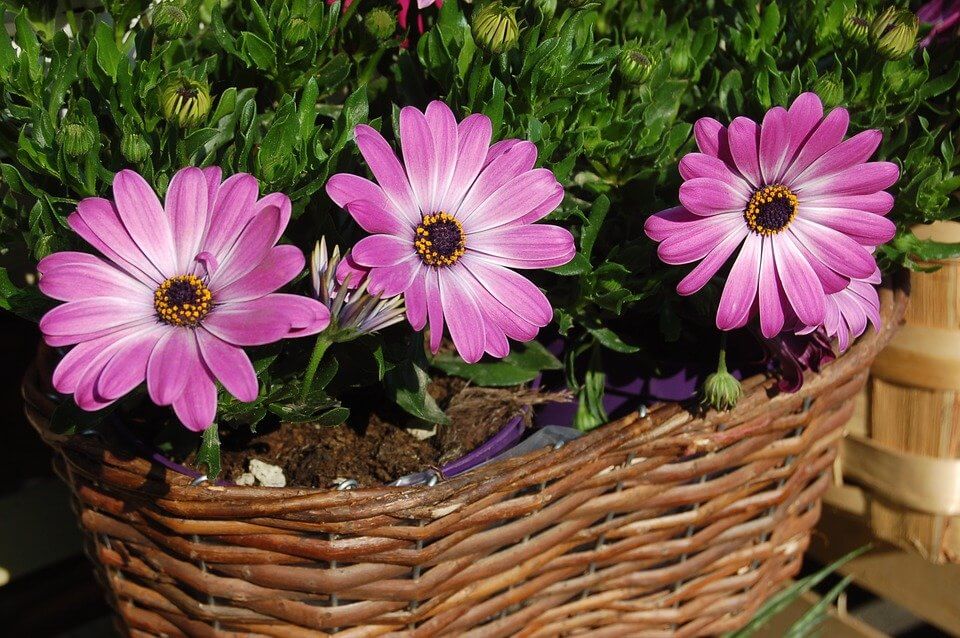 To promote growth, expansion of the bushes and flowering, from spring to autumn, administer every 3 – 4 weeks specific liquid fertilizer for flowering plants appropriately diluted in the watering water at a lower dose than that indicated on the package. Alternatively, administer slow-release granular fertilizer every 2-3 months, freeing the area surrounding the plant collar. 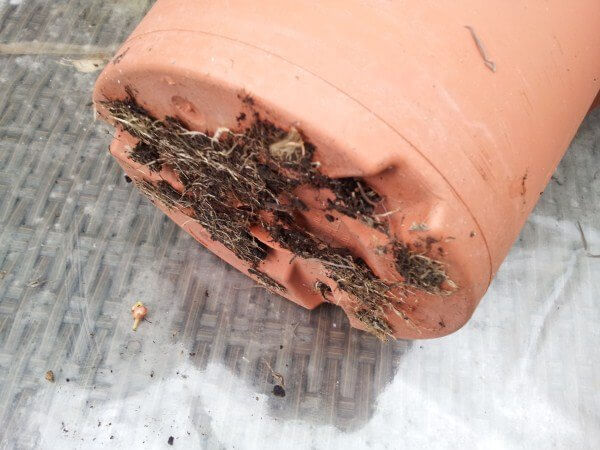 Arctotis is a plant suitable for growing in pots, especially in regions with a harsh winter climate. In planters, bowls and banks, it embellishes south-facing balconies and terraces.

The pot intended to accommodate the plant must have the appropriate size for its development, wide but not very deep. To prevent irrigation water from suffocating the root, the soil must be well-drained. After the potting, the plant should be watered to favour the rooting in the new home and subsequently nourished with a minimum supply of fertilizer for flowering plants from the end of April to October.

It is carried out in spring when the roots come out of the drainage holes of the eaves, or the available space is now insufficient for its growth, generally once a year. The plant must be repotted with the earthen bread and new soil mixed with sand which must be delicately compacted with the hands. After repotting, the Arctotis plant should be watered and placed in a partially shaded place until it gets used to the new home.

Multiplication of the African daisy – Arctotis

The plant reproduces by seed in spring while by the agamic or vegetative way it can be propagated in autumn, by division of the tufts.

Sowing takes place in seedbeds starting from February and directly in the open ground in May.

Propagation by division of the tufts

It is practised in the autumn season when the plant goes into dormancy. 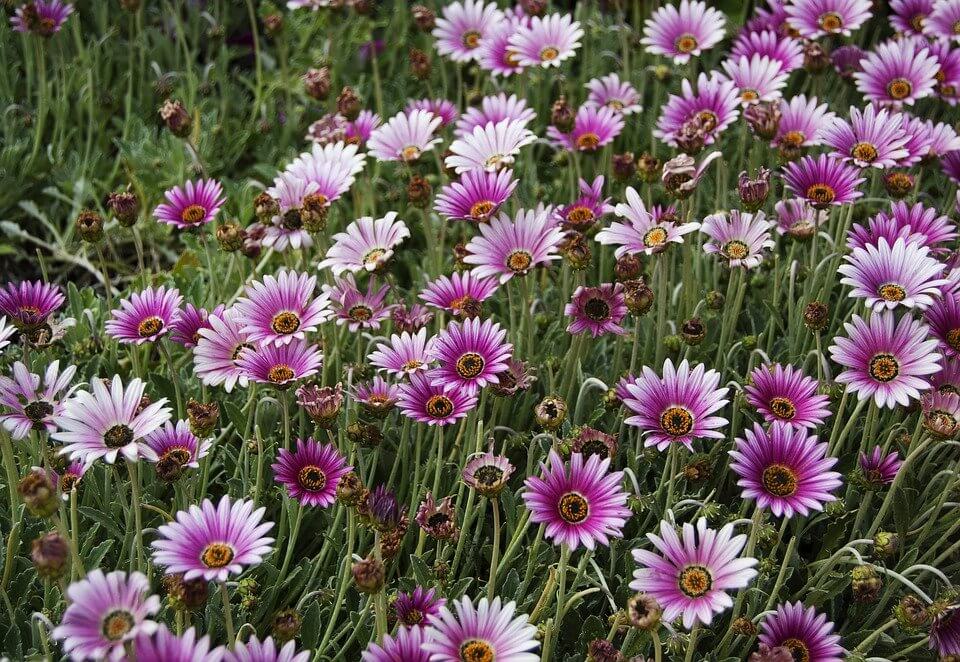 African daisy plants are planted in late spring when the period of night frosts is wholly averted. To create dense and impressive borders, the plants must be spaced at least 70 cm apart to facilitate the ventilation of all the foliage and avoid the transmission of parasitic infestations and fungal diseases. Since adult plants tend to strip in the basal part of the stems, thus losing most of their beauty every four years, replacing them with new and younger ones is advisable. In mixed borders, they combine with other species of daisies of different colour varieties or other plants with the same soil and climatic needs. 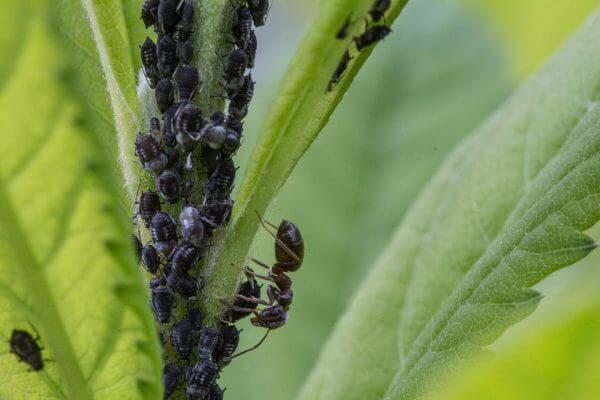 The Arctotis plant should be pruned at the end of flowering. Using well-sharpened and disinfected shears with flame or bleach, all stems or stems are shortened to 10-15 cm from the ground. Pruning will favour tillering and protect the plant from the winter cold, significantly if grown in the open environment in the garden. The withered flowers should be cut at the base to avoid straining the plants and favour the opening of new buds. In the shade, it does not bloom.

Pests and diseases of the African daisy – Arctotis

It is a rustic plant sensitive to root rot if the cultivation soil is not well-drained and to grey mould, a fungal disease that occurs when the air is loaded with humidity. It is resistant to the attack of the scale insects but not to the aphids of the tiny animal parasites generally grouped in colonies on the flowers still in bud and on the most tender buds, they feed on its sap, causing severe damage predisposing it to very dangerous viral infestations.

The homegrown plants must be freed from weeds. To avoid root rot and ensure a drained substratum, it is advisable to empty the saucer of the draining water constantly. Parasitic infestations must be countered by spraying the plant with specific products to be carried out early in the morning or in the evening, choosing a sunny and not windy day. Arctotis plants at home should be sheltered from the cold of winter with a light mulch of straw or with a non-woven fabric; those grown in pots, on the other hand, should be moved to a bright but protected place.

Varieties and species of Arctotis

There are about 50 different species; many are hybrids obtained from the cross between Arctotis fastuosa and Arctotis venusta.

A species native to California, about 35 centimetres tall with hairy rosettes arranged in the basal part and alternate along the stems. The showy, solitary, and about 10 cm wide flowers have the corolla of the ray composed of white petals with a yellow or purple base and petals of the central disc of brown, black or purple colour.

A perennial species native to South Africa naturalized in America, Australia, widely cultivated for ornamental purposes due to its silvery foliage and its beautiful, creamy white or bronze flower heads. 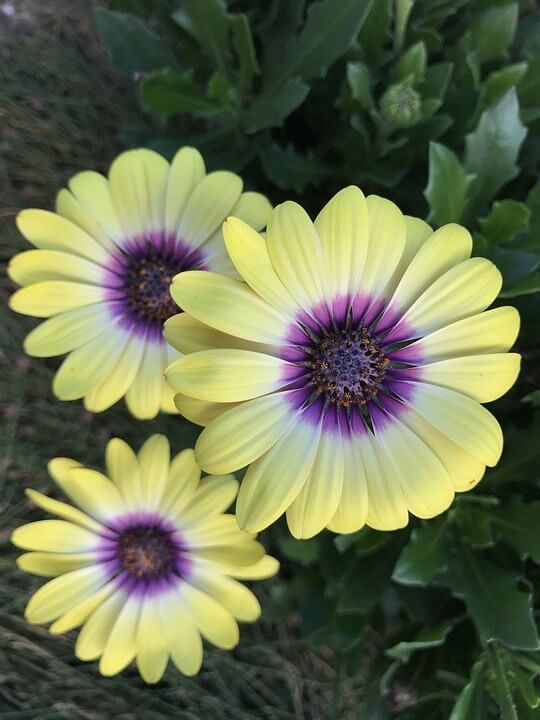 It is a perennial species with a bushy habit, with wrinkled leaves. In full development, it forms thick, low, compact cushions of green colour that contrast with the shades of the large flowers similar to large daisies that bloom in profusion from spring to early autumn. It does not tolerate the cold and should be watered regularly during the summer.

African daisy plants are used exclusively for ornamental purposes to create mixed borders in the flower beds of gardens, public parks, or pots.

The flower of the African daisy-like many other varieties of daisies is a symbol of independence and freedom.

What Types Of Plants Thrive In Clay Soil?

How To Improve Your Mental Health Through House Design

5 Incredible Ways to Decorate Your Walls With Wood