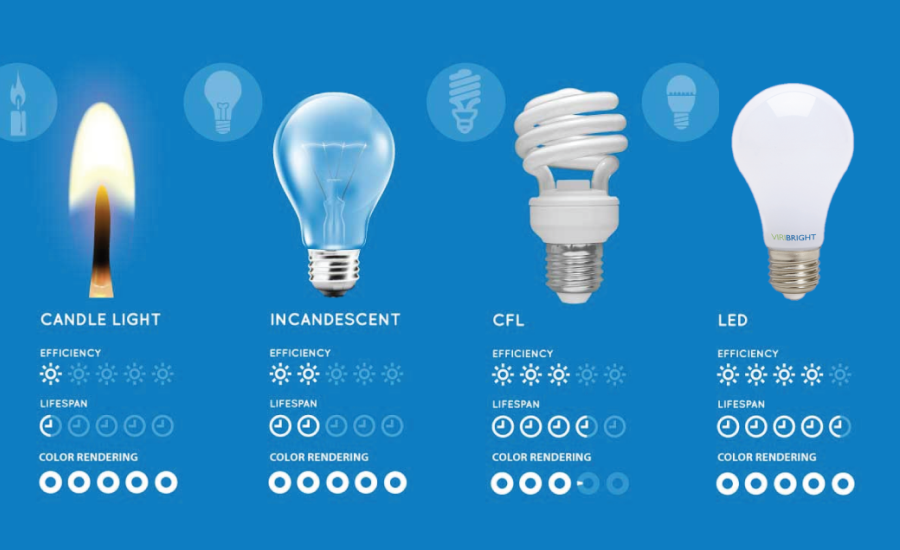 Up until recently, we knew two things about light bulbs. Thomas Edison invented the light bulb. When buying a bulb one can either have a white light or a yellow light. Both of these thoughts are wrong.

How did we suppose to know how to buy a light bulb? Today we have gathered some information about how to buy lights from a source called  Alcon Lighting. There are huge variations when it comes to picking lighting—the fixtures, the watts, the lifespan of the bulb.

Beginning with the basics:

LUMENS: This is the amount of light a bulb produces. Depending on which government agency you ask, this could be considered “brightness” or “light output”.Your reference point: A standard 100-watt incandescent produces about 1,700 lumens.

WATTS: This is not a measure of brightness; instead, it’s a measure of how much energy a bulb consumes to reach its claimed brightness. We’ve already said goodbye to 75- and 100-watt incandescent light bulbs, and starting January 1, 2014, we’ll also be saying goodbye to 40- and 60-watt bulbs as well. This is due to the Energy Independence and Security Act.

WATT EQUIVALENT: Since we’ve conflated watts and brightness, it’s easier to talk about bulbs in terms of watts. So if a 100-watt incandescent produces 1,700 lumens, and a 20-watt LED does the same, the LED will be sold as a 100-watt equivalent.

EFFICANCY: This is a number of lumens a bulb produces for each watt it consumes. The higher the number, the more efficient the bulb. A good number for incandescent is around 18, CFLs around 60, and LEDs around 54.

LEDs dim over time. They’re considered effectively dead when they produce no more than 70 percent of their original brightness. For LEDs, this lifespan is given in hours of years, the latter an estimate based on three hours of daily use.

ENERGY COST: Based on an assumption of three hours of use per day at 11 cents per kilowatt-hour. For a 60-watt incandescent, it’s just over $7 per year. CFLs and LEDs both come in at about $1.50 per year. 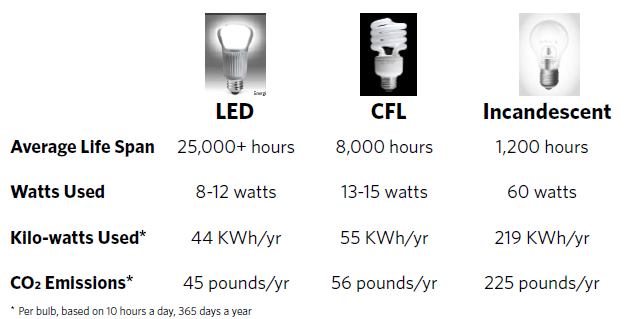 The three of the most common types of light bulbs are energy-saving Incandescent, CFL and LED. 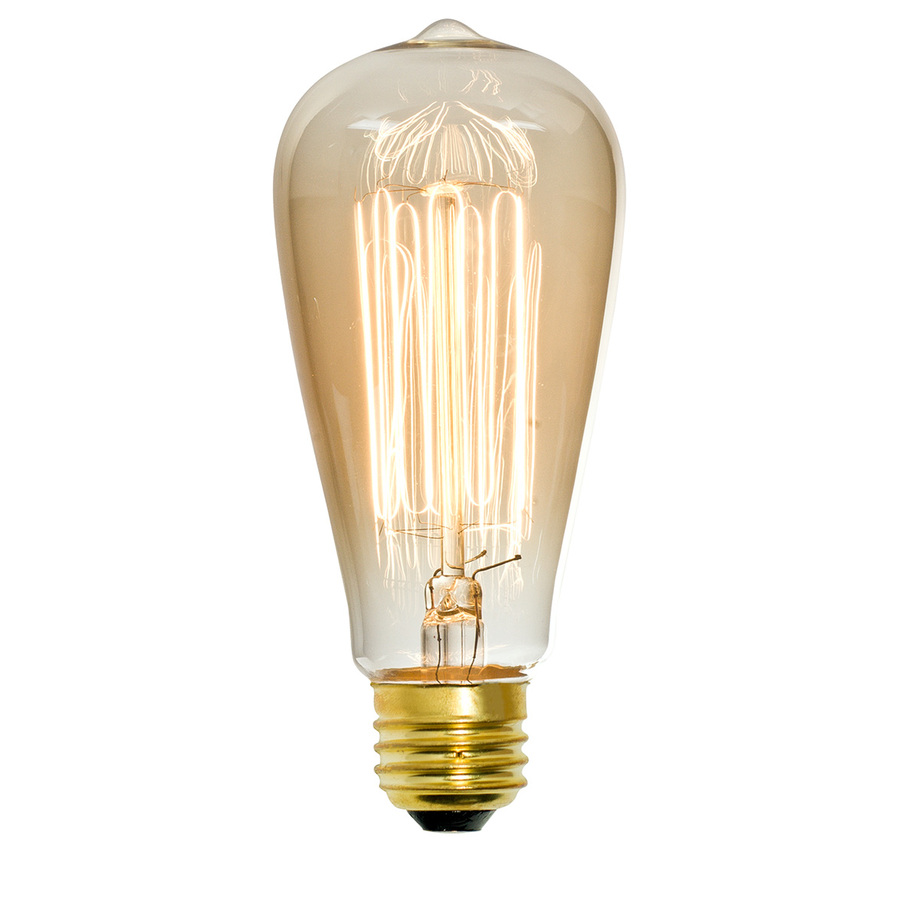 Incandescent bulbs use a filament that’s heated to the point of glowing. The glowing filament produces the bulb’s light. 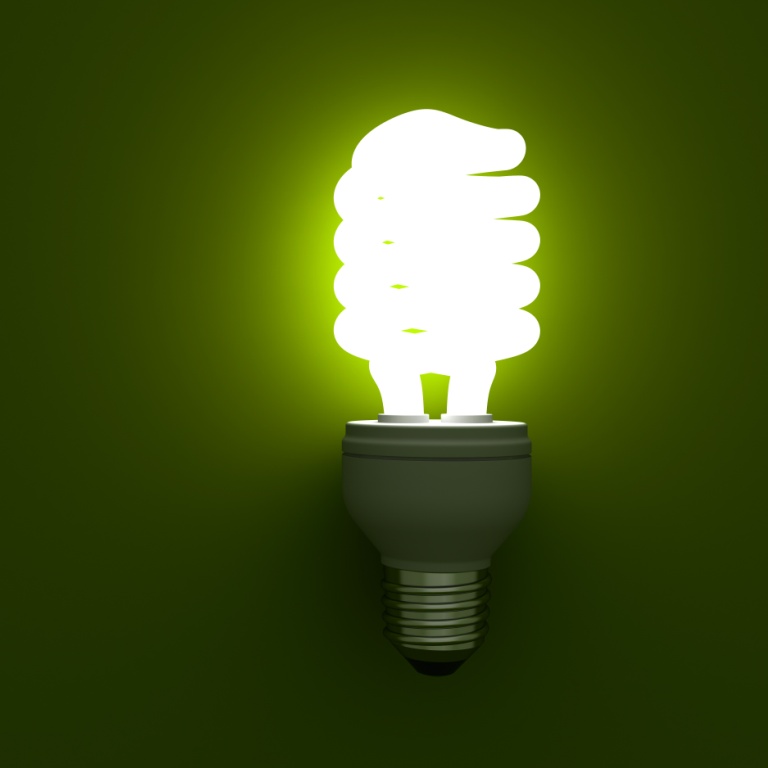 CFLs are quiet, instant on and have warmer color-corrected tones. They can be used anywhere you would use a typical incandescent light bulb.

LEDs are a type of solid-state lighting — semiconductors that convert electricity into light. They have a lower wattage than incandescent bulbs but emit the same light output. This allows them to produce the same amount of light, but use less energy. As with the CFL, Light Emitting Diode (LED) bulbs are the most energy-efficient light bulb options.

Now that you have all of the knowledge necessary to make an educated decision, you can buy a light bulb that best fits your space’s needs.

Creating a Home Office in Your Living Room

Curtain Guide: Types of Curtains for the Home

5 Ways To Use Green Color In Your Home

How To Decorate Your Interiors with Two Ceiling Lights

Lamination on The Wall For Interior Including Pros And Cons

How To Choose Perfect Yellow Curtains For The Interiors

The Interior With Striped Wallpaper

10 Chimney Breast Ideas for Your Home