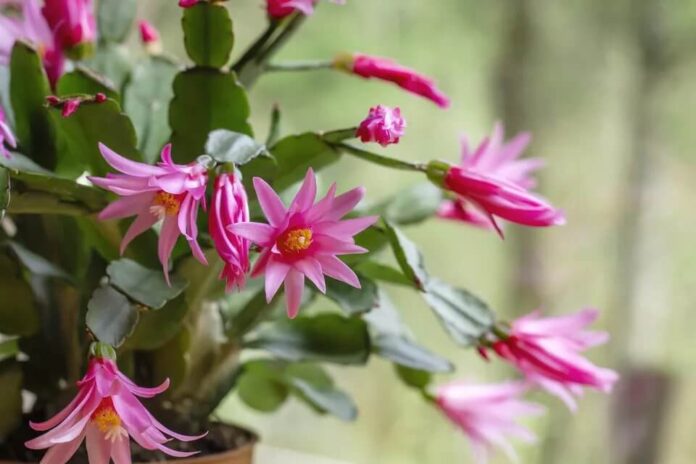 Easter is associated with spring and colourful flowers, so spring bulbs are usually the basis of Christmas decorations. However, it is worth remembering that potted plants blooming at this time of the year can also be equally attractive. An excellent example is the ripsalidopsis known as the Easter cactus.

Easter cactus as a Christmas ornament One of the most exciting ideas for Easter decorations is the well-known and popular ripsalidopsis, popularly known as the Easter cactus ( Rhipsalidopsis Gaertner or Hatiora gaertneri ).

Ripsalidopsis is an exotic plant with a rather original appearance because its shoots are composed of oval, elongated, flat, fleshy members, forming a wide rosette. At the turn of March and April, at the ends of the youngest members, the cactus forms pointed flower buds, from which quite large, funnel-shaped flowers develop, consisting of 2-3 whorls of elongated, pointed petals.

How to distinguish an Easter cactus from a Christmas one?

The Easter cactus is a beautiful plant, but it is often confused with a Christmas cactus (schlumbergera or zygocactus) that looks deceptively similar to it. Both plants are similar, although they bloom at different times of the year and have additional growing requirements. The differences between them are visible mainly in the flowering season and flower structure.

Ripsalidopsis blooms in spring (March-May) and has funnel-shaped flowers composed of several whorls of narrow, elongated, pointed petals, red or orange (in varieties also white and pink). The flowers of the schlumbergera appear on the shoots from December to February and have a multi-storey structure, composed of wider, bent and blunt petals, most often of a dark pink colour (in varieties, the flowers can be red, cream, white or two-colour).

Plants are harder to tell when they are not blooming, so you should carefully examine their shoots. The individual members that make up the shoot have distinct indentations or notches at the edges and grow strongly to the sides, assuming an umbrella-like form. On the other hand, the edges of the ripsalidopsis shoot members are smooth or only slightly incised, and the shoots are more compact.

Plants come from other regions of Brazil and therefore have different growing expectations. So before we decide to buy them, let’s make sure which species we are dealing with. It may turn out that, with improper care, we will not see flowering or see flowers at a different time of the year than we would expect. 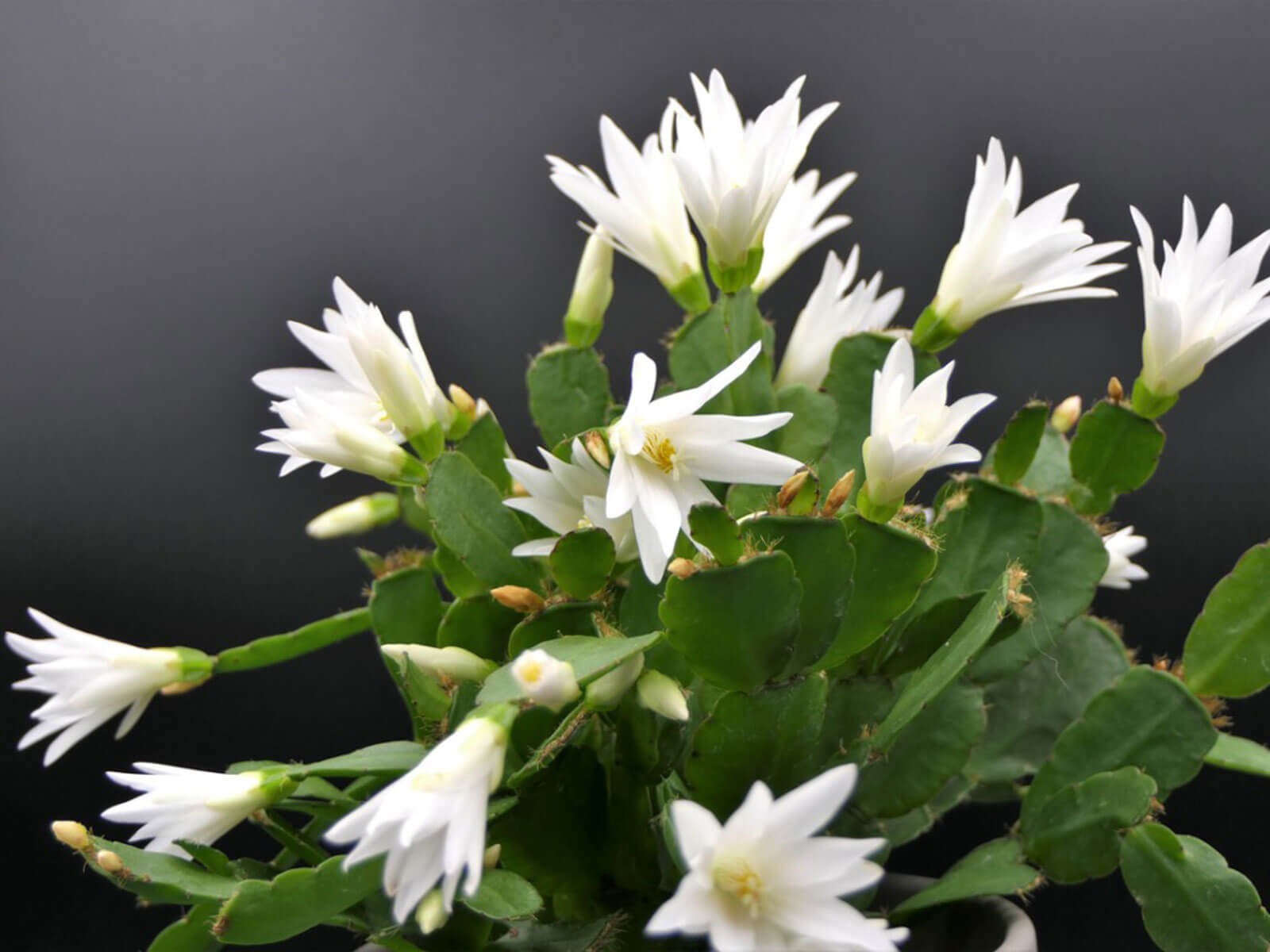 The Easter cactus is a relatively easy plant to grow but has slightly higher requirements than its cousin, the Christmas cactus.

For most of the year, ripsalidopsis must be provided with a warm (18-22 ° C) and bright site but sheltered from direct sunlight. It can be placed on a balcony or terrace in the summer season, but it feels better in an apartment where it is not exposed to cold wind and temperature fluctuations.

Despite its succulent appearance, ripsalidopsis has relatively high demands on humidity. The soil in his pot should never dry out as the shoots begin to wither quickly. The substrate must also not be completely wet because then the plant will rot soon.

Easter cactus also does not like dry air, so it is worth placing a humidifier near it or placing a pot on moist, expanded clay balls.

During the growing season, ripsalidopsis can also feed, but since the plant is an epiphyte, it has minor nutritional requirements and prefers poor cacti fertilizers.

A dormant period is essential for flowering.

If we want to see beautiful flowers in spring, we need to give ripsalidopsis a dormant period of about 6-8 weeks (November-December to the end of January). During this time, the plant should be placed in a bright but cool room, where the temperature does not exceed 10-15 ° C, stop fertilizing, and limit watering to the necessary minimum.

The frequency of watering should be increased again when the first flower buds appear on the cactus shoots. Then you have to gradually increase the temperature and move the plant to a warmer room. After complete flowering, remove the dried flowers from the nodes and keep the ripsalidopsis at a constant room temperature until fall.

Late spring (May-June) is an excellent time to reproduce the Easter cactus. The task is not difficult, as the plant takes root well and overgrows. It is enough to take several centimetres of shoots from it, wait a dozen or so hours for the place of collection to dry and place them in a moist substrate or a container with water, and after rooting, plant them in a small pot filled with a mixture of peat soil and sand.

Motorized Shades and Their Versatile Uses in Home Design and Decor

How To Beautify Your Home For Christmas With A Limited Budget

Easter Egg Painting Ideas That Are Both Fascinating And Attractive

Top Amazing 30 Flowers For Your Balcony

15 Spring Decorating Ideas For Your House

How To Recycle The Christmas Tree

How To Make A Welcoming Balcony? Designs And Ideas

How To Build A Pergola Gazebo In Your Backyard?

Colourful Life With A Grayscale Interior

15 Herb-growing Ideas For The Kitchen

How To Make A Care Home Room Feel More Like Home

10 Amazing Trendy Colors To Choose For The Start Of The...

15 Ways To Get Rid Of Odors And Stains On Kitchen...

What Edibles Can Be Grown On The Windowsill In Winter And...