The government has launched a tender for an executive condominium in Bukit Batok, Singapore, which could yield up to 375 residential units. The site is just a few minutes’ walk from the Bukit Gombak MRT station and has a total land area of approximately 12,449.3 square metres, while the maximum gross floor area is estimated to be 37,348 square metres. The development site also has a park within walking distance.

HDB has released the technical information for the Bukit Batok West Avenue 8 executive condominium site. The public tender for the site was held on May 22. The EC project is expected to be completed in the next five years. As part of its efforts to boost the property market in Singapore, HDB has also launched a number of other EC projects in the area. For the first time, the government is selling off executive condominium sites through public tenders.

The executive condominium site at Bukit Batok West Avenue 8 is up for public tender, and developers should expect a strong response from the market. The site is located within the established neighbourhood of Bukit Batok, and is expected to yield 375 residential units. The maximum gross floor area is 37,348 sq m, with a building height of 60 to 70 m. The project is also close to Dunearn Secondary School and future high-rise residential sites.

This new EC is located in a booming area with a short supply of private housing. The last private project in Bukit Batok, Le Quest, had an enticing take-up when it launched in August 2017. The new project is sure to draw the attention of HDB upgraders in the area. Developers are also looking to replenish their land banks. A mid-sized parcel is expected to attract eight to 12 bidders. The top bid could be between $241.2 million and $261.3 million. This means that the top bidder will have to bid between $580 and $630 per square foot, plot ratio, and other factors.

The Bukit Batok West Avenue 8 EC project is a new EC in the West District of Singapore. The project is expected to be a good match for those seeking a first home in the area and HDB upgraders. In addition, the price range for ECs is more affordable than private condominiums. Moreover, most households in Singapore can afford an EC. With a total of 375 units available, this project is expected to be launched as early as Q2 2023. 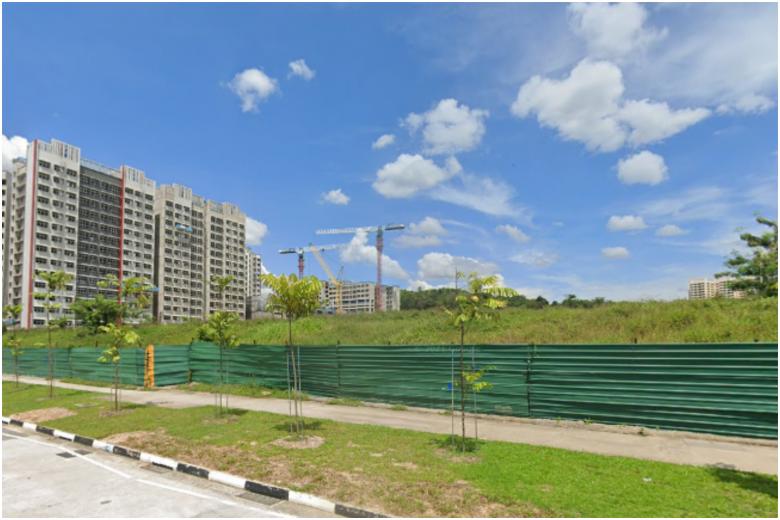 The Government Land Sales Programme will be held in the first half of 2022. It will include five private residential sites and eight reserve list sites. These sites are expected to yield 6,500 private residential units, 90000 square feet of commercial space, and 530 hotel rooms. However, the government does not guarantee that the project will be successful. To be able to take advantage of the Government Land Sales Programme, buyers should be aware of the various requirements and limitations of the scheme.

The GLS Programme is intended to provide affordable housing options for Singaporeans. There are five Confirmed List sites and eight Reserve List sites available for sale. The programme will create about 90,000 square feet of commercial space, 530 hotel rooms, and 6,500 private residential units. There are also plans for an additional four EC projects in the same area, which could yield over 6,000 private residential units.

The new EC project is expected to attract HDB upgraders who are looking for a more private housing option in the vicinity. The area’s high demand for private housing will be a major draw for this project. It is estimated that eight to 12 bids will be received for a mid-sized parcel. This implies that the top bidder may reach $241.2 million and $261.3 million, depending on the land rate of $650 per sq ft per plot ratio.

This new executive condominium site is located at Bukit Batok West Avenue 8 and is expected to yield up to 375 units. The site has a site area of 12,449.3 square meters and a 99-year lease period. The tender will close at noon on Mar 8, 2022. The developers of this new development will be responsible for the design, construction and management of the executive condominium.

A mid-sized parcel in the Bukit Batok area could receive eight to 12 bids. The top bid could be between $241.2 million and $261.3 million, reflecting a land rate of $650 per square metre. Considering the potential of demand in the area, it is likely that this new EC project will be popular with HDB upgraders in the area.

A Tender for an executive condominium in Bukit Batok West is launched by HDB on Wednesday. The development can yield up to 375 units. The development is part of the Confirmed List of Government Land Sales Programme. The site has an estimated site area of 12,449.3 square meters. The total gross floor area is expected to be 37,348 square meters. Its maximum height is 60m.

The site is located on Bukit Batok West Avenue 8, in prime CBD areas of Singapore. It is a 10-minute walk from Bukit Gombak MRT station. The EC site is expected to yield between 375 and 400 residential units, depending on the location and size of the plot. The EC project is expected to cost between $241.2 million and $261.3 million.

How To Ensure Your Pets Are Safe & Warm When Alone

Tips to Find Right Digital Marketing Guy For Your Business

Benefits of Hardwood for Your Kitchen Cabinets

3 Important Things to Know in Your Kitchen Before Remodeling