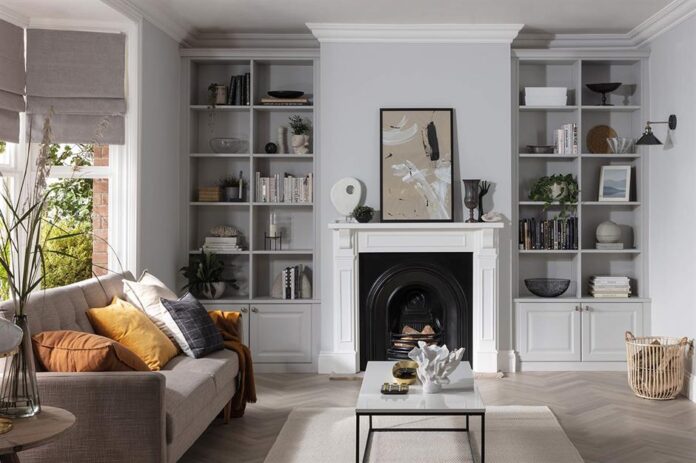 A chimney breast is the perfect opportunity to use an architectural feature in your home to create a focal point.

Chimney breasts are expensive and time-consuming to remove so you may as well use them. Whether you concentrate on the breast itself or any alcoves either side, it’s an opportunity to use an area of your home to create something special.

We have collated a selection of chimney breast ideas for your home.

Some will require a little work while others can be achieved within a couple of hours.

Let’s cover the most obvious use first. Using the chimney breast as it was designed. As a chimney.

With fuel prices rising and people too afraid to use gas to heat their home because of the cost, setting up an open fire or wood burning stove is a logical option.

As long as the chimney is checked and swept, or lined, and the fire is set up by a professional, having a fire within a fireplace adds a great look and practicality.

Another classic chimney breast idea is to expose the brick it’s built from. As long as those bricks are in good condition or can be tidied up, it’s an excellent way to add a focal point.

Exposed brick is a timeless design feature that won’t go out of date anytime soon. It’s also relatively easy to achieve in most homes and shouldn’t require any building work.

How you go about it is up to you.

You could add a different wallpaper to the breast and shelves either side or keep everything the same and let whatever you add to the shelves be the conversation piece.

Rather than adding an oil painting or family portrait to a chimney breast, how about using copper or brass wall art?

There are dozens of finishes and with laser cutting, you can select any shape or size you like.

We particularly like the richer finishes as it adds a definite wow factor to any chimney breast and requires minimal work on your part.

We fully appreciate that feature wallpaper has had its day, but the effect of a well-chosen wallpaper cannot be denied. It’s also relatively inexpensive and easy to achieve.

Go bold with a pattern or go light or dark to contrast the rest of the room.

The reason we mention it is because it’s so flexible and you can literally do whatever you feel works for the space. 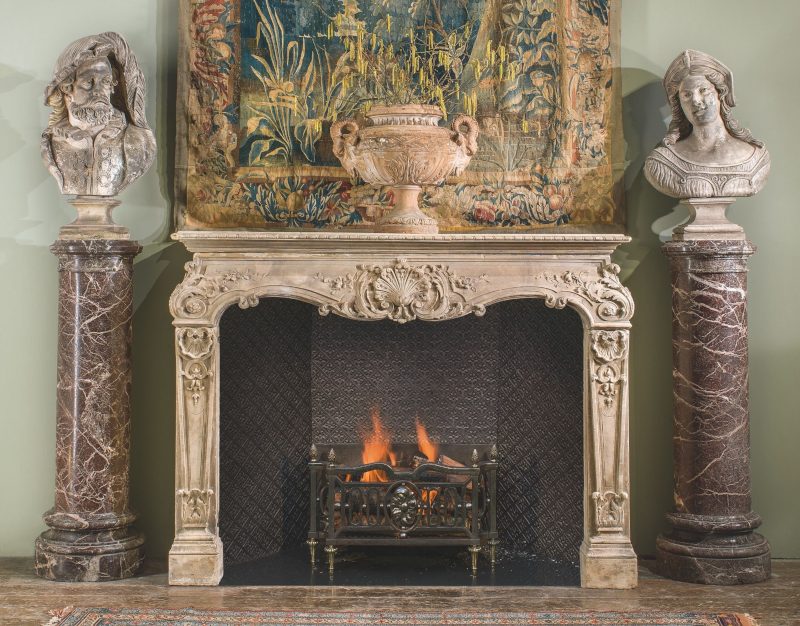 Not all chimneys are in living rooms. Older properties have them in all rooms of the house, including the kitchen. That makes it a prime candidate for a cooker installation.

This may need some building work to hollow out the space wide enough to put in a cooker and add an extractor, but it can transform a kitchen.

Another chimney breast idea that’s worth considering is having fitted cupboards or wardrobes in the alcoves either side of the chimney breast.

This may require the help of a carpenter but can be time and money well spent. Fitted units can utilise the space much better than a freestanding option and provide more storage and a much better finish.

As long as you don’t use the fireplace or have it adequately lined, hollowing out the chimney breast and inserting a TV is another idea.

You’ll need good DIY skills or an expert and will need to hollow a space large enough for a TV and the cables, but it’s easily achievable. It not only frees up the rest of the room from the TV but also makes it a focal point.

If you like the idea of setting something into the chimney breast but don’t want to highlight a TV, how about insetting a modern fire instead?

Not everyone wants a TV to be the focal point, so you could use a modern inset fire. They come in all shapes and sizes and can be electric or real fires.

As long as they are fitted by professionals, it’s a very accessible idea.

Wood panelling is a very flexible decorating tool. You could panel the chimney breast itself, each alcove or the whole wall, it’s entirely up to you.

If you’re handy with a saw, you can create wood cladding fairly cheaply with relatively little effort. It fits into a variety of decorating schemes and can be further utilised by pictures or other decoration.

Those are what we think are 10 accessible and cost-effective chimney breast decorating ideas.

Some may require trades to help you pull them off properly but many are accessible to anyone with even moderate DIY skills. They don’t all cost much at all and can transform a space with very little cost or effort.

Factors to Consider While Hiring a Pest Control Company

How to Organize a Home Office?